Written by Kelly Rummins
Updated over a week ago

Fish carriers are generally categorised with a vessel type of Cargo in AIS data. Applying filtering to look for cargo vessels with an encounter will often reveal several fish carriers in the area. 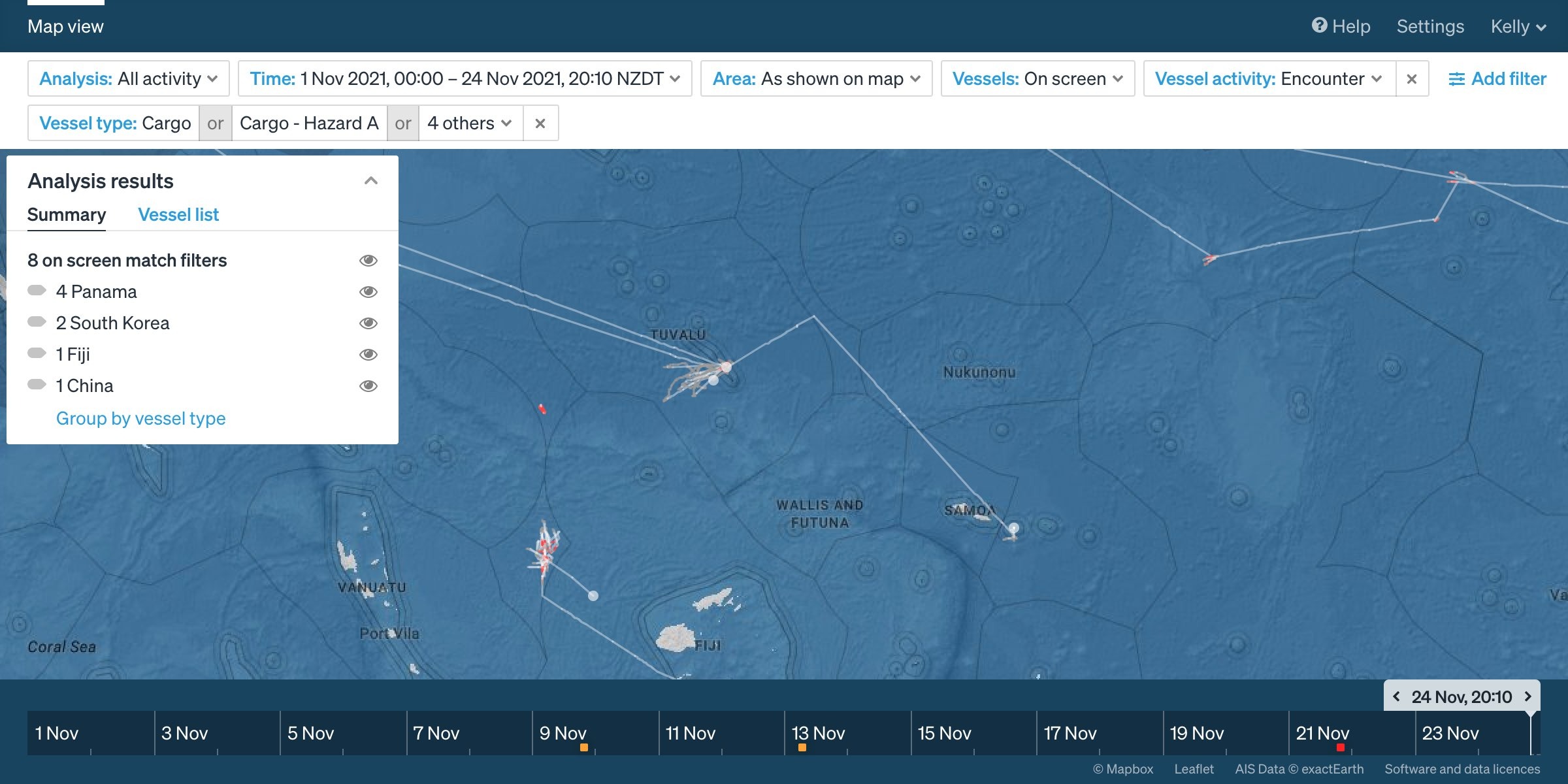 Selecting a fish carrier and filtering their track history to encounters will reveal vessels in the carrier’s network that they may have met for transhipment of fish or the exchange of goods and crew.

Try it out: View the fish carriers, JONATHAN STAR and EURO STAR, as they encounter each other and multiple tuna purse seiner vessels near an island in Micronesia.

The vessel overview for JONATHAN STAR reveals that this vessel took a 75 day journey starting and ending in Busan, South Korea. The track history filtered to encounters shows the following vessels:

Any new goods or fish it is taking back to Busan have come from these vessels.

However, EURO STAR, itself a fish carrier, has also encountered four vessels on its 42 day journey from Singapore to Papua New Guinea:

Did this answer your question?